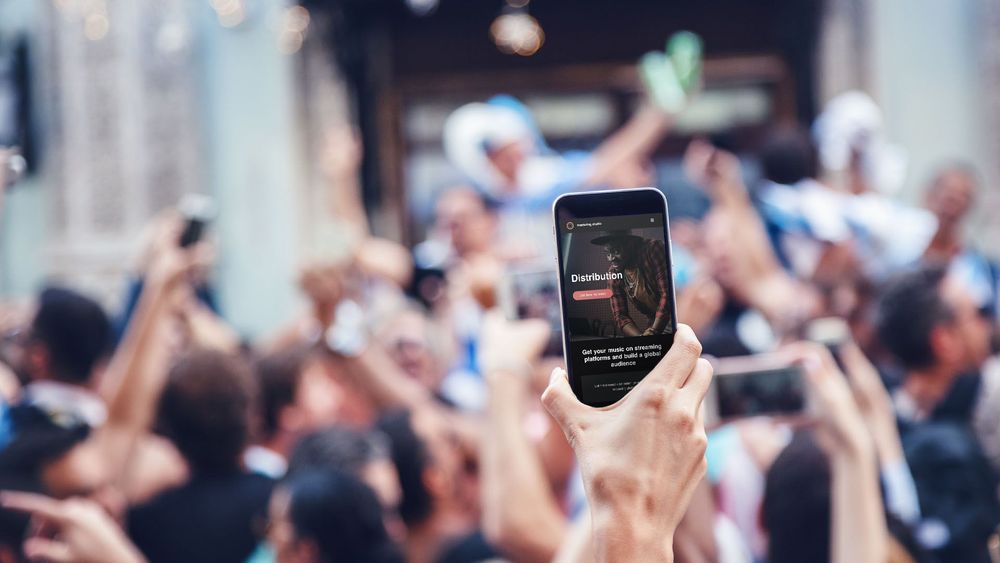 Why streaming distribution matters for the music industry

The beginning of streaming distribution

When Spotify first launched in 2006 the music industry was in serious decline. Things continued to get worse until 2011 when revenue fell to less than 60% of the industry’s 90s peak. The trend seemed irreversible. Many wondered if paying for music would soon be a thing of the past. But a decade later, the music business has rebuilt itself with the help of streaming distribution.

Even half a decade ago, despite growth, the model for streaming distribution wasn’t clear. Some artists released their tracks everywhere, others like Adelle, stuck to physical and digital sales, and some made exclusivity agreements with certain streaming platforms:

Beyoncé's critically acclaimed Lemonade was originally streamed soley on Tidal. Since then, even Beyoncé has been persuaded to go for wide streaming distribution, releasing her music on all major streaming platforms from the biggest players such as Apple and Spotify, to Deezer and KKBOX.

In the last decade, the growing pool of money in streaming has persuaded more and more artists to release their music on as many online streaming and sales platforms as possible. This has been especially attractive to legacy acts who can use widespread streaming distribution to reach a whole new generation of listeners. Even the Beatles couldn't resist, finally agreeing to streaming distribution in 2015.

Today, with the notable exceptions of Neil Young and Joni Mitchell, who recently took their music off Spotify for political reasons; Most major artists distribute their music as widely as possible across all streaming platforms. Of course, Kanye West is another exception, releasing his last album exclusively on a standalone audio device called the stem player — classic Kanye.

The rise of widespread streaming distribution has been good for the music industry. In 2022 the outlook is much brighter than 2011. In fact, last year, the music industry made more money than ever before. Revenue rose 18.5% on the previous year to $25.9 billion; streaming made up $16.9bn of this figure.

The music business is bigger than ever and it’s still growing, and not just from advertising to free users on streaming platforms. There are currently around 523 million users of paid streaming accounts, proving beyond doubt that people are still eager to pay for music — just in a different way.

Some are even happy to pay for music more than once: Many music fans use streaming platforms to discover new music. They then buy their favorite albums on physical formats, especially vinyl. In the last year 1 in every 3 albums sold was a vinyl record.

These sales only represent a small percentage of the total market, but they continue to grow and have become a vital source of income for small independent labels and artists. Vinyl producers are currently struggling to meet demand. This is why Jack White, of the White Stripes and founder of Third Man Records, recently asked the three major labels to start producing vinyl again, to meet the demand and support musicians.

Today artists with huge hits can turn billions of streams into millions of dollars. Ed Sheeran reportedly earned $6.6 million from Spotify for the 2.7 billion streams of his hit 'Shape of You'. Major artists benefit from the wider reach streaming platforms offer them.

Streaming platforms also offer long-term revenue for hits that never go out of fashion because artists get paid every time a track is played: Since its release on streaming, Mariah Carey has earned $60 million in streaming royalties from her 1994 hit 'All I Want for Christmas Is You'.

One of the biggest obstacles to making it in the music business in the pre-streaming times was getting records into the shops and songs on the radio. Countless talented musicians were never heard because they didn’t have the luck or connections to make this happen. With streaming distribution this is no longer an obstacle. Anyone can now make their music widely available: Streaming distribution services like mastering.studio make it possible for anyone to schedule their music for release across major streaming platforms instantaneously.

Widespread distribution is also very affordable with distribution for unlimited tracks for one artist costing as little as $19.99 a year. On top of getting an artist's music on the biggest streaming services like Spotify, Apple Music mastering.studio also releases an artist's music on many other streaming and sales platforms that are used all over the world including Tidal, Deezer, Amazon Music, and TikTok. This means that any music creator can now get their music distrubuted across all the major streaming platforms that have become so crucial for major label artists like Dua Lipa, by paying less than $2 a month.

On top of allowing anyone to get their music on all major streaming and sales platforms, distribution services like mastering.studio gives musicians the power to automatically collect and keep 100% of royalties and split them with collaborators. An independent artist can release their songs across all major streaming platforms without having to rely on a record label or share their revenue with them. This is massive shift in the way the music industry works.

How much can I earn from streaming distribution

Those of you interested in streaming distribution and how much money you can make from streaming distribution, bear in mind that this rate varies for each platform depending on the location of a listener. A million listens in Norway could earn an artist around $6000 whereas the same number in Albania or Turkey on the same platform could earn an artist around a tenth of that.

A ballpark figure, offerd by Tech Insider, for the average fee paid by Spotify in the United States is $.003 to $.005 per stream, which loosely translates to 250 plays making $1. Generally speaking, Apple Music pays roughly twice as much as this, Tidal pays slightly more than that, but Spotify has the largest listener base, so tends to generate more streams. 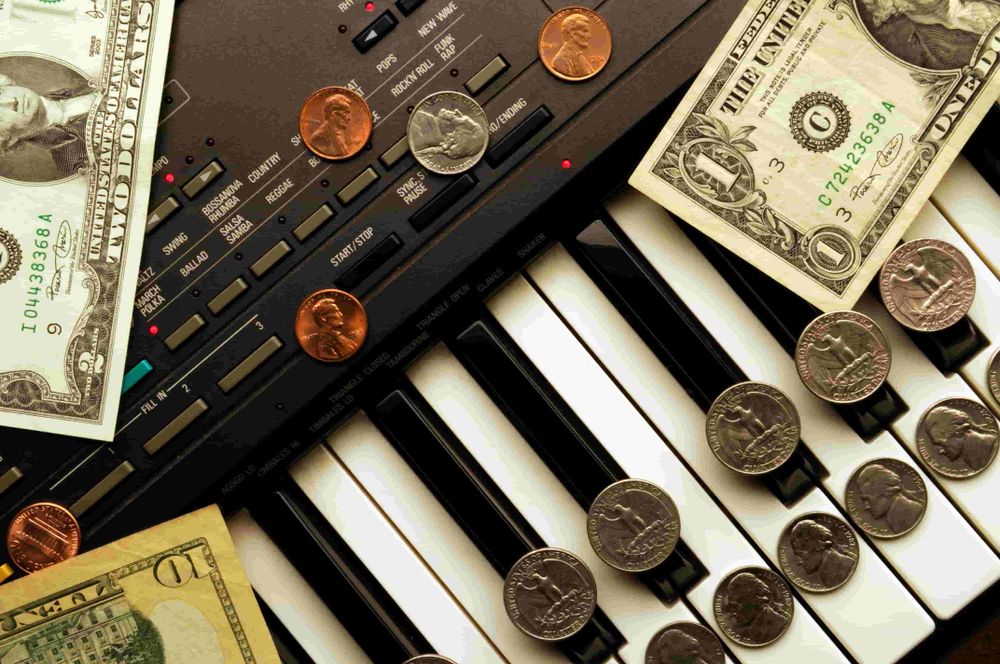 Building an audience with streaming distribution

Streaming distribution won’t pay a lot to unknown bands who are just starting out, but it can be a vital promotional tool. First, it really helps to secure gigs: These days venue owners and promoters expect to see a presence on streaming platforms.

Touring bands and artists also use a streaming presence to attract more people to their shows. Audiences want to hear a band's music before they see them. So getting music on streaming platforms is an important promotional tool. Especially if an artist’s profile includes photos and album artwork. This is also important for getting the attention of new fans, record labels and potential collaborators.

Streaming platforms are also allowing smaller artists to stay independent. They can use platforms like Spotify to build a following. Whenever they have new releases, merchandise and tour dates to promote they can share this on their band page and get the message straight to their fans. 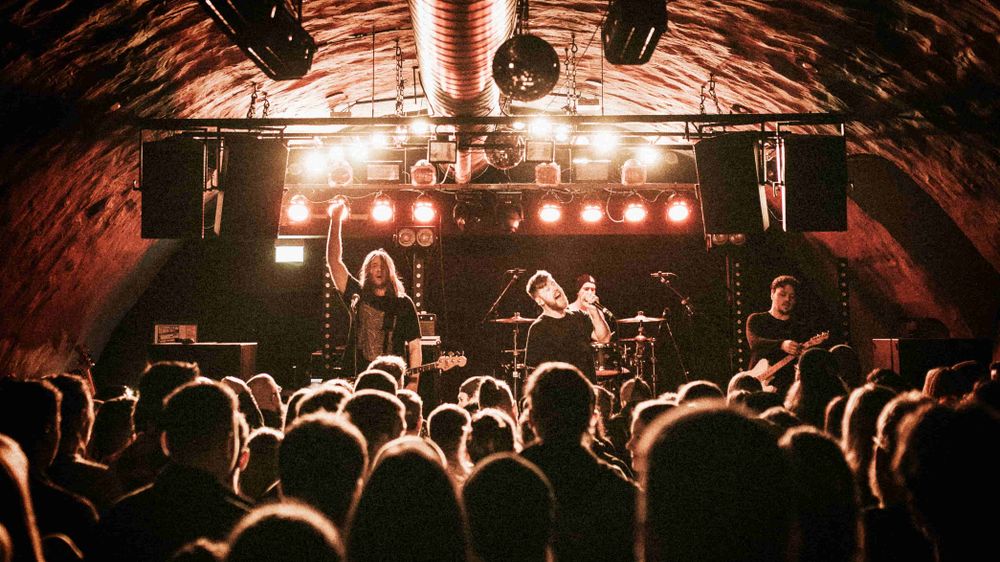 The final word on streaming distribution

This article has shown the important and changing role streaming distribution has played in the success of the modern music industry. How it has become a huge source of income for major artists, as well as a promotional tool for new and lesser-known artists. Most importantly, streaming distribution is a revolutionary musical innovation that allows anyone to achieve widespread distribution for their music. Thanks to online distribution and the internet, it has never been easier for a small band to get their music out there. Now the challenge is getting people to find it in the first place.

How to get your music distributed online

Get your music on streaming platforms now